Argggh! Its a Pirate Invasion… 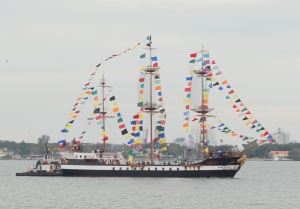 This year we decided to take it easy for Gasparilla and we drove down right before the parade started.  We parked at the corner of Morrison and Armenia, loaded the kids up in the wagon, and wandered down to Bayshore and hunted a place to set up.   There were some nice people who let the kids down on the fence and they were challenged to get 100 strings of beads and then in return they would be rewarded with light up wands.  During the break between the parade and the fireworks we took the kids to Bella’s for dinner.  The pasta and salad were delicious.  The evening ended with beautiful fireworks and a bunch of very tired kids.  It was a great day… 🙂 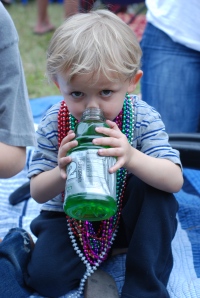 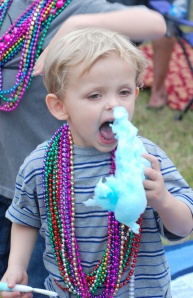 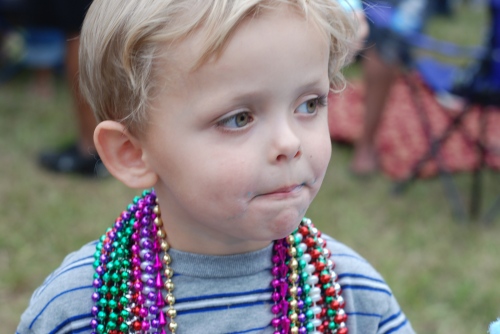 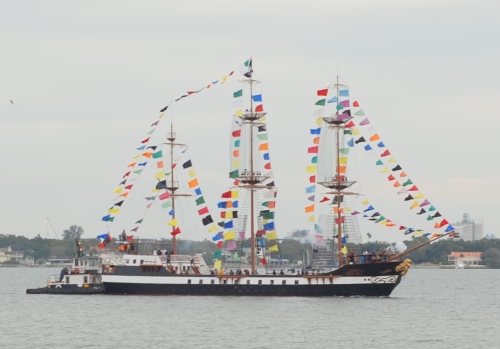 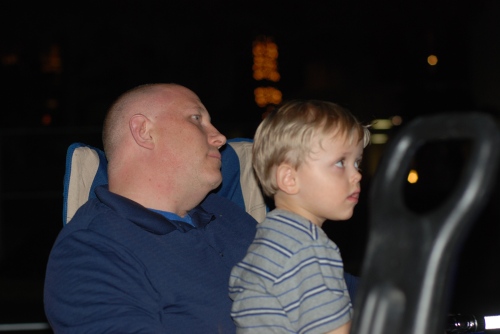 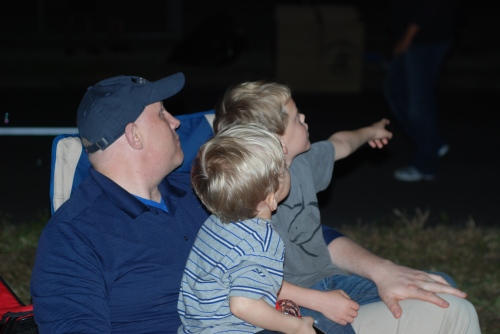 This year we decided to do one really large birthday party for the boys at Pump-It-Up, a warehouse that is filled with all different types of jump houses.  I let Davy decided where he wanted the party, and as I listed off the different places such as:  movie theater, bowling alley, the house… and then Pump-It-Up, his face just lit up and he says, “Mama, can we really have my party at Pump-It-Up??!!!”  How can you say no to that?  So that’s it.  As easy as that.  As for the theme, he originally wanted rockets and space, but somewhere along the way he decided that he wanted it to be pirates again.  And to be honest, pirate party favors are a lot easier to get than rockets…  :O) 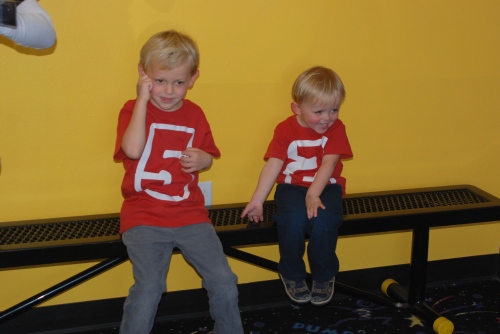 The boys had a really good turn out of kids to their party.  There were old friends, new friends, school friends, and neighborhood friends.  We were excited for them. 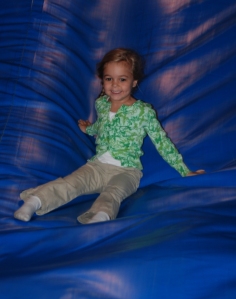 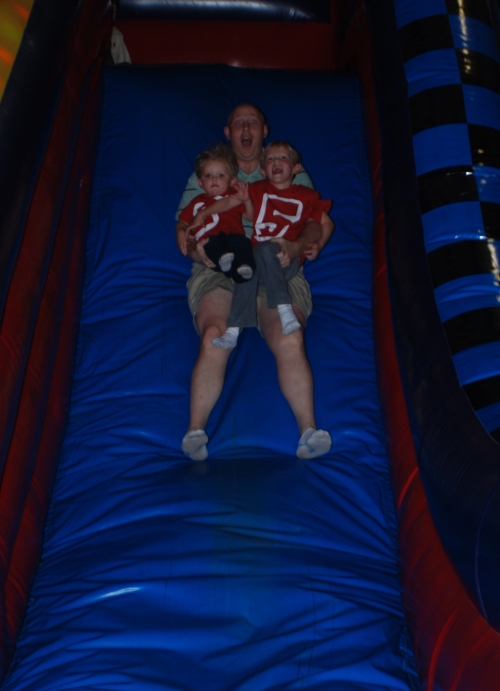 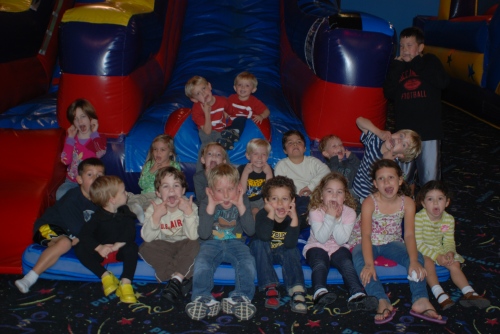 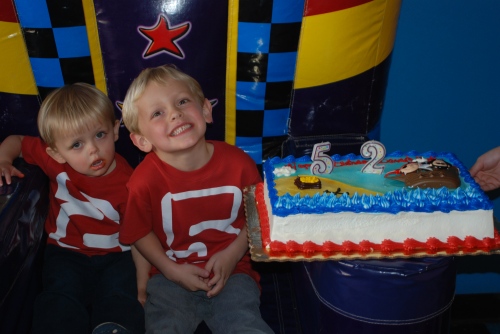 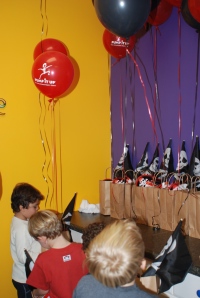 After the party was over we went home, the boys took a much-needed rest, and then we opened the presents!  There were so many and I was so involved helping them and writing down who gave us what…that I forgot to take a few pictures.  Oh well…  :O)  Jamison and Molina came over to play with the new toys and for dinner we all went over to the new burger joint, Burger 21.  The kids loved their dinner and even more so they loved their milkshakes!!! 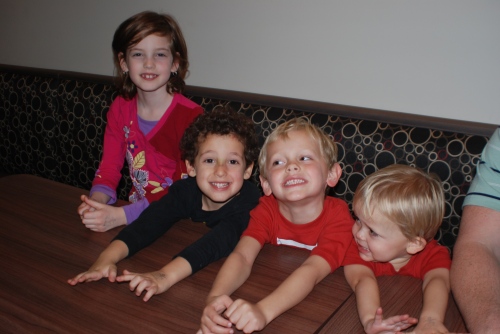