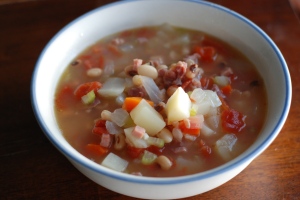 Most of us who grew up in the south know that eating black-eyed peas on New Years Day is a must, but I found myself this morning asking why…here’s what I found. 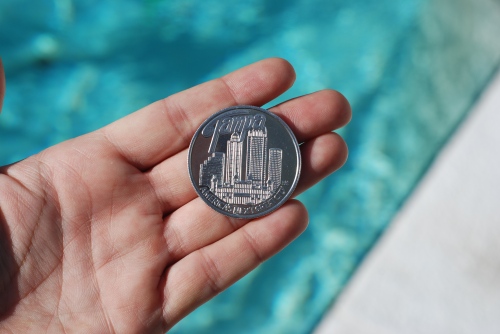 1 can black-eyed peas, drained and rinsed

1 can stewed or petite diced tomatoes

In a 3-5 quart pot, saute ham, bone, onion and garlic in butter until the onion is tender or translucent.  Add all remaining ingredients; cover and simmer for 30 minutes or until veggies are soft.  Serve and cheer for whoever finds the coin… 🙂 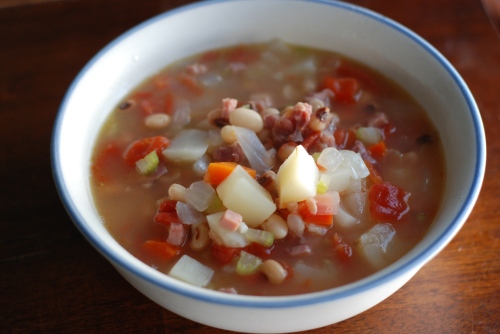