Fort Sumter and the USS Yorktown

The skies were a little cloudy this morning and The Weather Channel predicted a 40% chance of rain, so the boys and I decided to shift our activities for the day around and head on over to Patriots Point first.  Everyone knows that Davy loves the Civil War, so there is no way that we could come to Charleston and not go to Fort Sumter.  After decades of growing strife between the North and the South, on April 12, 1861, the Civil War officially began when Confederate artillery opened fire on this Federal fort in Charleston Harbor. Fort Sumter surrendered 34 hours later. Union forces would try for nearly four years to take it back.  We bought our tickets and boarded onto the ferry that took us out to visit the Fort. 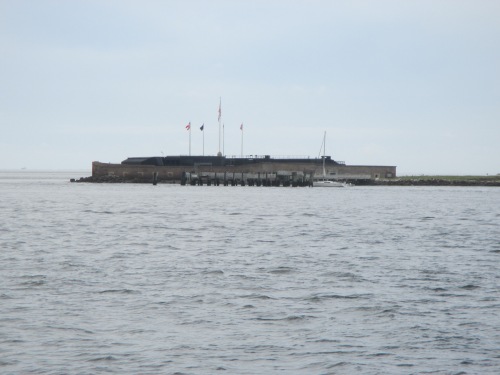 Once we reached the Fort, we were given one hour to look around.  One of the things that we learned was, Fort Sumter National Monument has one of the best collections of 19th century seacoast artillery anywhere in the United States. Davy loves cannons so you can only imagine how excited he was to see all of these. 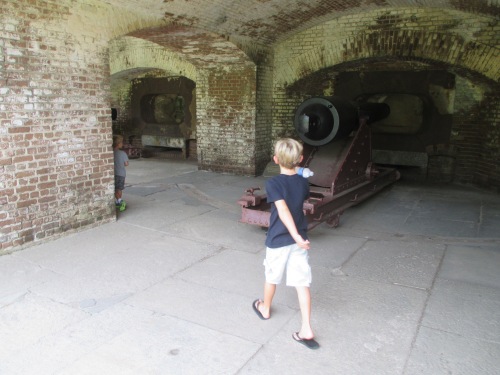 The USS Yorktown (CV-10) was the tenth aircraft carrier to serve in the United States Navy.  Under construction as Bon Homme Richard, this new Essex-class carrier was renamed Yorktown in honor of Yorktown (CV-5), sunk at the epic Battle of Midway (June 1942). Built in an amazing 16-½ months at Newport News, Virginia, Yorktown was commissioned on April 15, 1943, and participated significantly in the Pacific Offensive that began in late 1943 and ended with the defeat of Japan in 1945. Yorktown received the Presidential Unit Citation, and earned 11 battle stars for service in World War II. 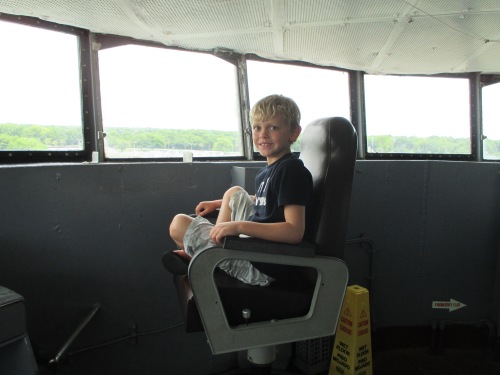 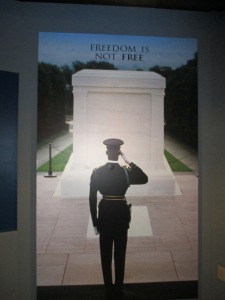 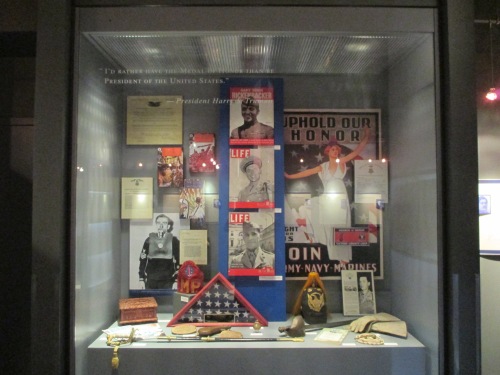 I found the ship to be very moving.  From the Congressional Medal of Honor museum to all of the pictures that adorned the walls.  Looking around at the photos, I officially felt old.  The one thought that kept coming back to me from looking at the mannequins and the photos was that the boys fighting and serving all looked so young :(…  When did that happen??!!!  I guess I am almost 20 years older than most of them…. sigh….  Last thought, after following my boys all around the ship and up and down the stairs, there is no way Andy could have served in the Navy.  The ceilings were so low that there were times I even had to duck!