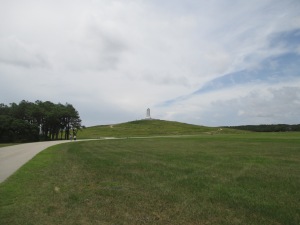 After we left the Cape Hatteras Lighthouse we drove north into Nag’s Head.  Since Mr. Dan is a pilot and talks about flying his planes to the boys and Pixar is releasing a movie called Airplanes this summer, I thought that it would be fun for the boys to learn a little about the first flight ever taken. 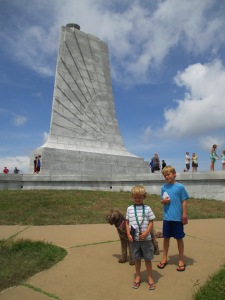 A 60-foot (18 m) granite monument, dedicated in 1932, is perched atop 90-foot-tall (27 m) Kill Devil Hill, commemorating the achievement of the Wright brothers. They conducted many of their glider tests on the massive shifting dune that was later stabilized to form Kill Devil Hill. Inscribed in capital letters along the base of the memorial tower is the phrase “In commemoration of the conquest of the air by the brothers Wilbur and Orville Wright conceived by genius achieved by dauntless resolution and unconquerable faith.” Atop the tower is a marine beacon, similar to one found in a lighthouse. 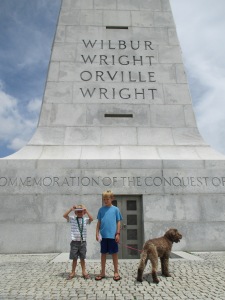 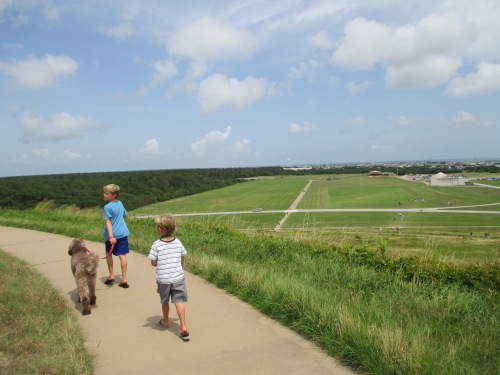 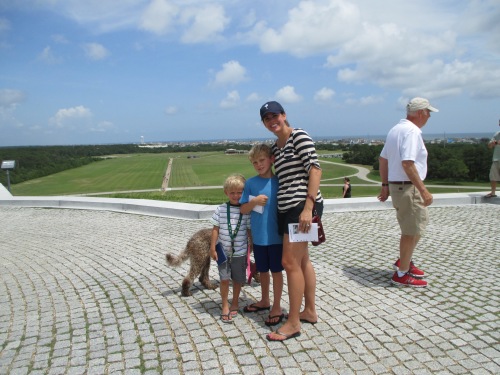 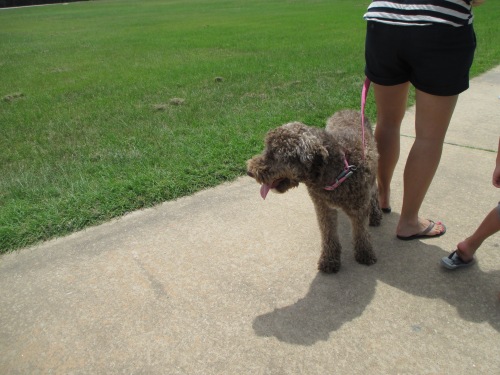 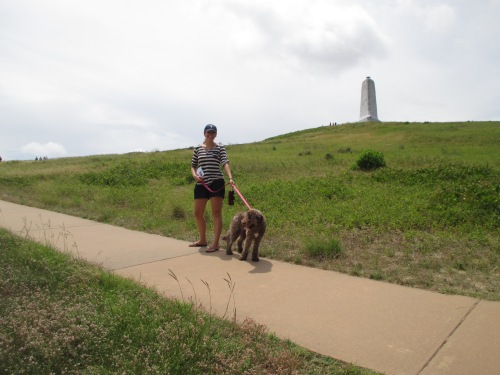 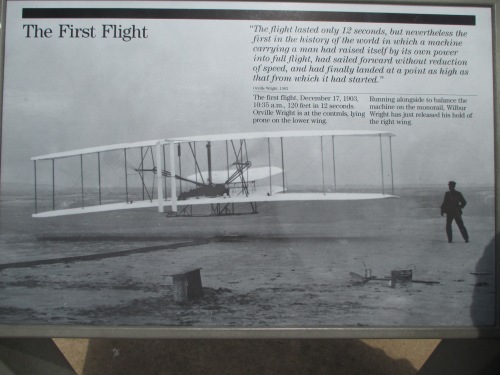 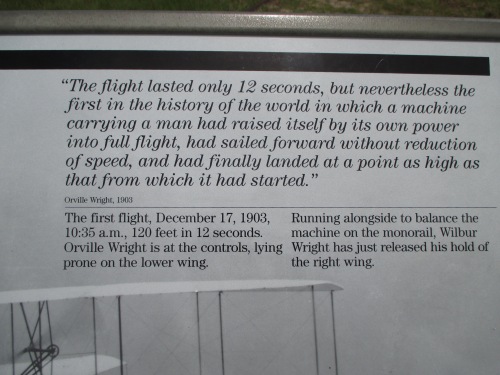