School was closed today for President’s Day, so to get the kids out of the house we decided to take them to the zoo.  The best trick is to show up when it opens because the crowds aren’t there yet.  The weather was gorgeous and it felt like we had the entire park to ourselves… 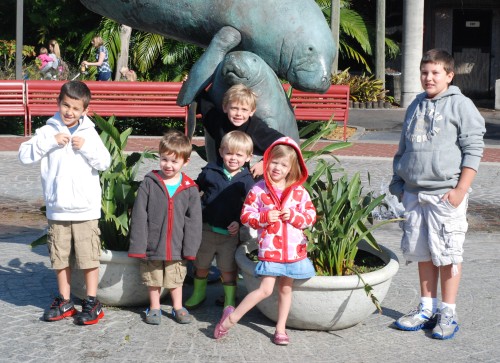 This was the first animal that we stopped to look at, Matty wiggled halfway through the railings and got stuck in the fence (doing something that he wasn’t supposed to be doing), we teased him that the big cat was going to come and get him…and don’t you know at that moment the cat darted down off of his rock straight towards Matty and poor little Matty couldn’t get his head out and he started to violently shake and cry…  Little buddy thought that the cat was going to bite him…  Serves him right!  Next time maybe he’ll listen to us and stay where you are supposed to… 🙂 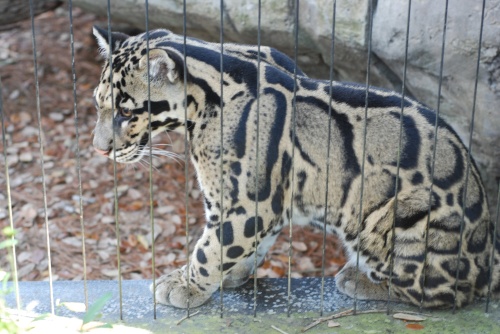 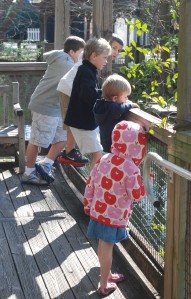 Looking at the Manatees and the Otters 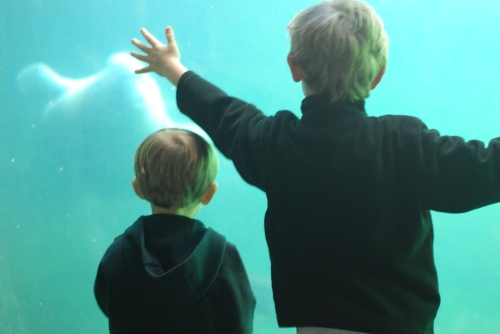 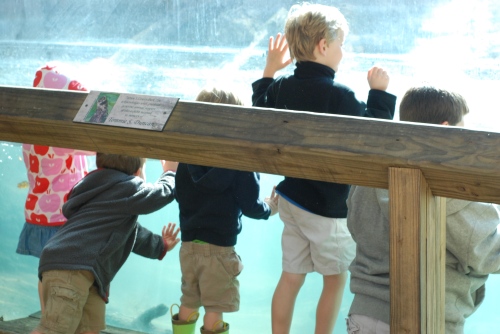 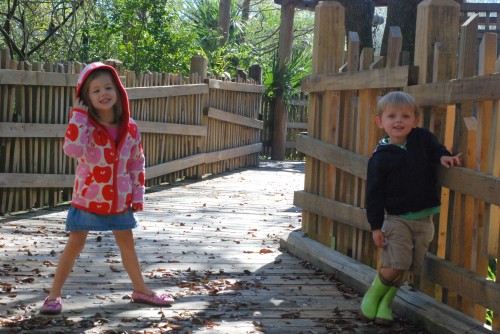 The zoo has a Manatee rescue hospital for the Manatee’s and this mama and her calf were brought in from Jacksonville.  They are both ill and in need of some shots.  This tank was pretty cool, the floor lifted to raise the animals out of the water. 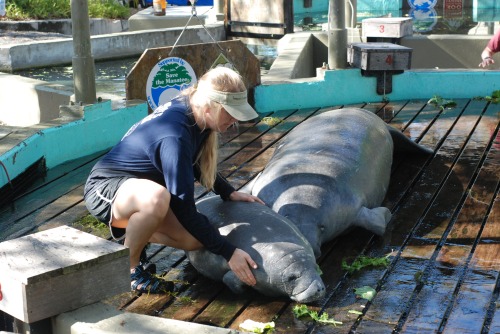 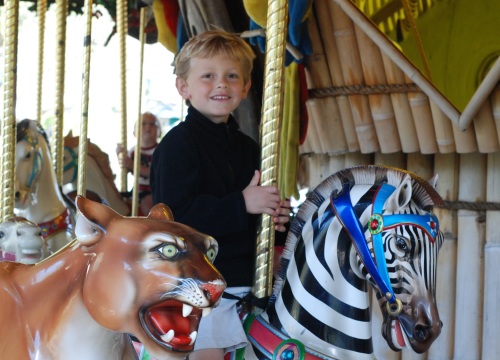 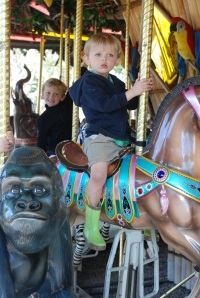 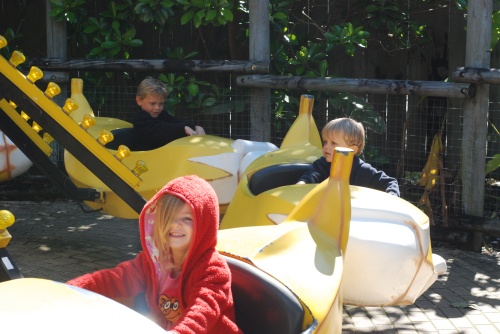 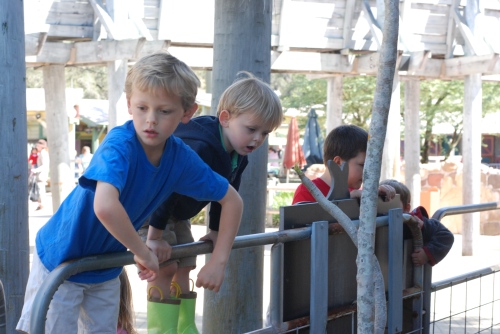 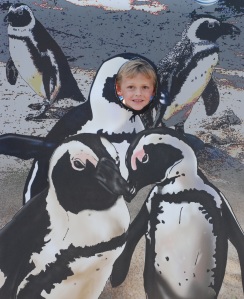 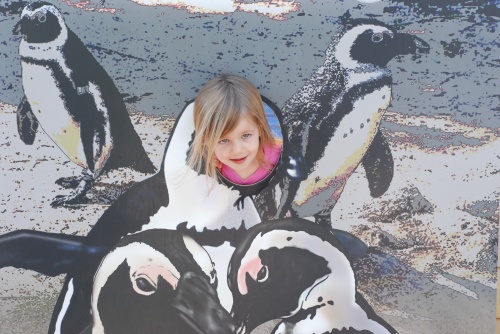 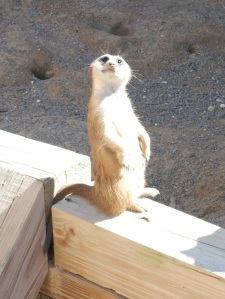 Feeding the Giraffes.  They have switched to lettuce from crackers.  They must have been getting fat! 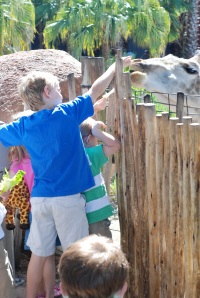 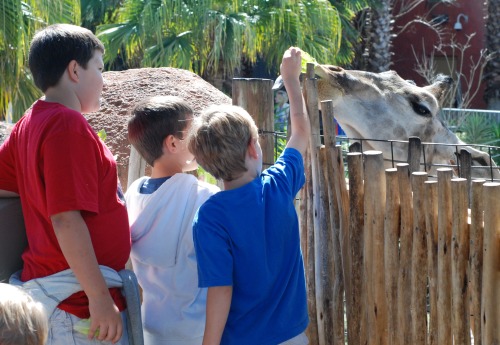 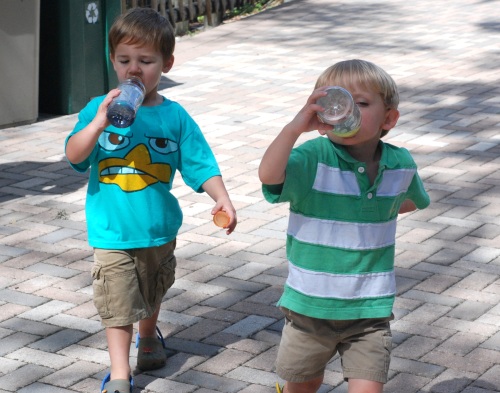