Rise and shine!  Today we are off to Chattanooga.  We make a pit stop for some donuts and coffee and we are on our way.  We decided to take the route to the north driving us through Cherokee National Forest.  The road wraps alongside the Ocoee River and we made a quick stop to let the boys see the whitewater rafters.  Of course little Matty points and says, “I wanna do that!”  🙂 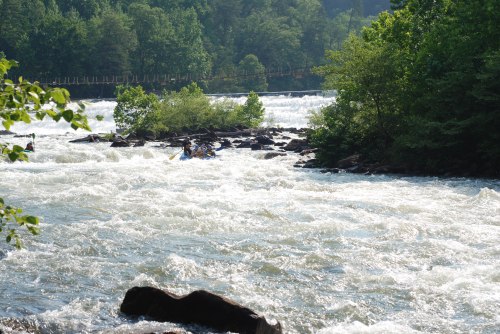 Our fun outing today was to Rock City.   Check it out at www.seerockcity.com .  Special features are: 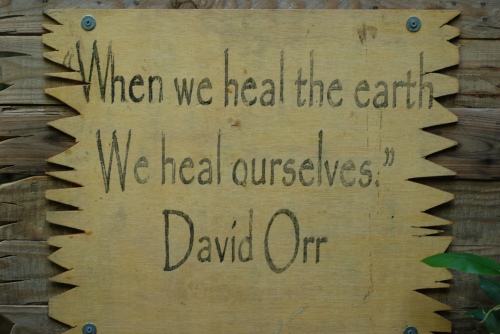 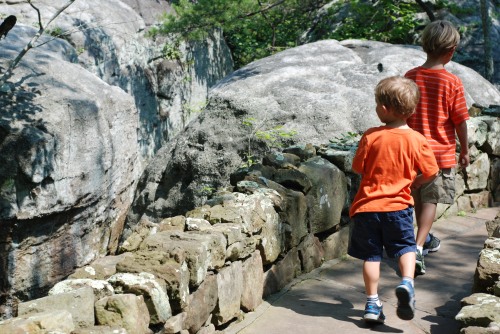 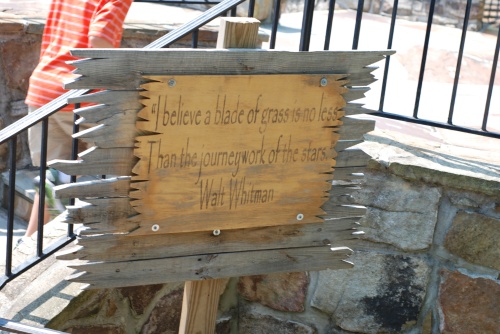 Davy loved the gnomes and the trail.  At the top they had a few additional activities like the rock wall, live music, food, etc. 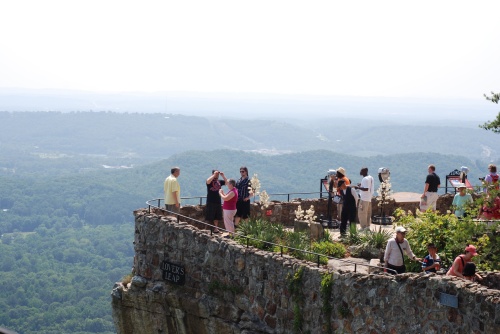 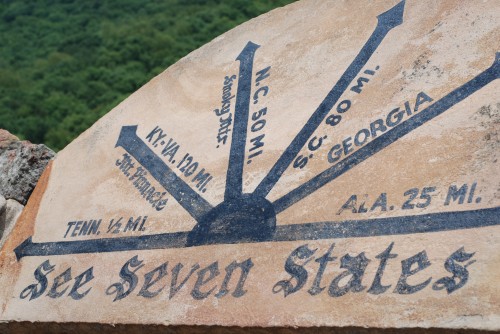 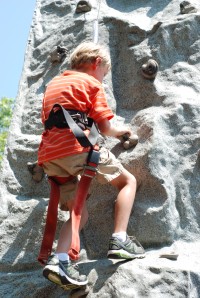 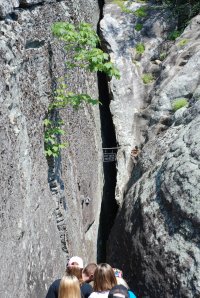 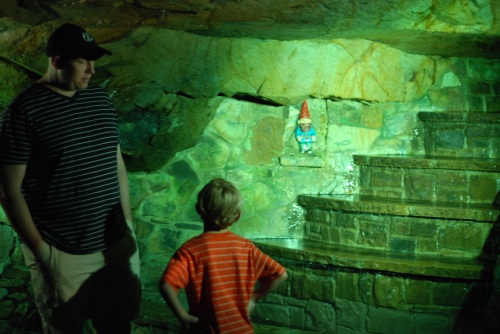 At the bottom we stopped at the gift shop and I had to buy the famous bird house :), only ours is an ornament!  For lunch we decided to head on over to downtown Chattanooga to try one of their famous local restaurants.  We ended up at the Terminal Brewhouse.  I pulled this information off of their website www.terminalbrewhouse.com. 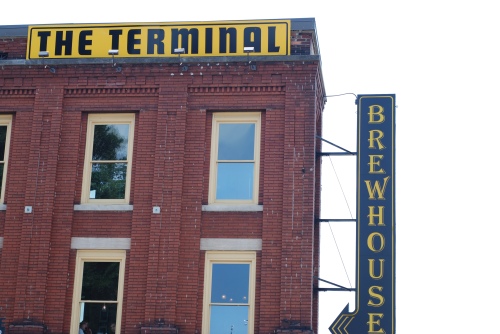 “The Terminal Station (Choo Choo) opened in December of 1909 and created an immediate need for a nearby hotel to give comfort to the weary travelers. The very next year The Stong building (no that is not a typo) was built next door and The Terminal Hotel came to life soon after.

A pictorial book, Pen and Sunlight Sketches of Chattanooga, reported that in its location and equipment, it is eminently representative of progress in the hotel facilities of this thriving city.” The hotel featured steam-heated rooms (fancy), with meals served all hours in a café.

Legend holds that through the years the Stong building was home to speakeasies during prohibition, illegal casinos and even a house of ill repute. There may even have been some activities that took place in the fine building that one would not approve of although none come to mind.

Sometime in the early 1940’s Chester Davis, a porter at the Terminal Station, saved his tips and purchased the Stong building becoming one of the first black business owners in Chattanooga. The building stayed in his family, housing many different businesses, until purchased in 2006 by local raconteur Joe Sliger who immediately began restoring the property. Not long after he found a motley (but dashing) crew interested in this Historic building. This band of visionaries had, coincidentally, a vision for the wonderful old building. The walls and rafters seemed to cry out to these rugged, brilliant men. “Beer” said the walls “amazing food” said the rafters and so, despite being terrified of the talking building, an idea was born. After MUCH struggling and MANY delays The Terminal BrewHouse came alive and there was much rejoicing verily and thusly.” 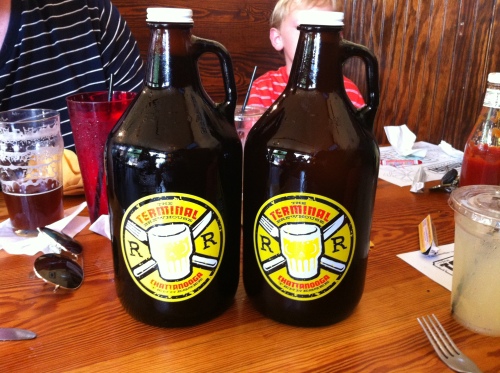 They even let you take home some of their fresh brews in growlers, a half-gallon jar or jug used to transport…beer!  Andy was in heaven!  After lunch we went to the Chickamauga Battlefield.  Davy has shown a lot of interest in soldiers and history lately, so this was perfect for him.  We watched a 20 minute movie on the Civil War battles that took place here and we got to listen to a live talk on the soldiers uniforms that they wore and how to load and fire an 1840 Baltimore rifle.  It was so loud!  I can’t even imagine what it would have sounded like to have thousands of them going off at once.

One interesting fact that we learned was that the soldiers wore wool instead of cotton.  The cotton at that time caught on fire pretty easily, so with the guns blowing off gun powder and the ash that flew through the air it was best if they wore wool (even though it was hot out) so that their clothes didn’t catch on fire.  Davy liked how the soldiers didn’t really use the bayonets, except to stab into the ground and hold a candle at night. 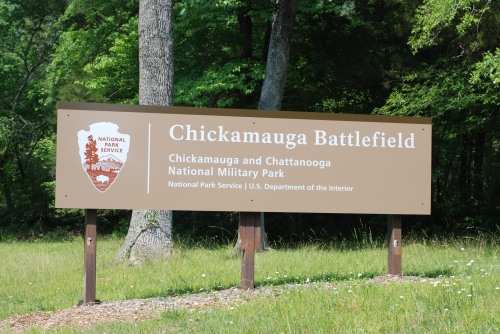 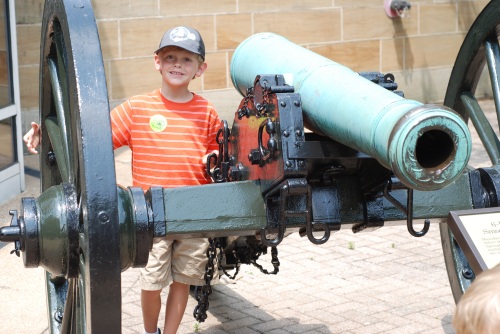 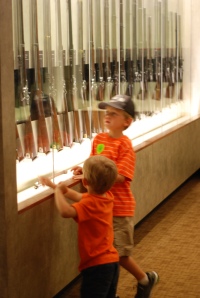 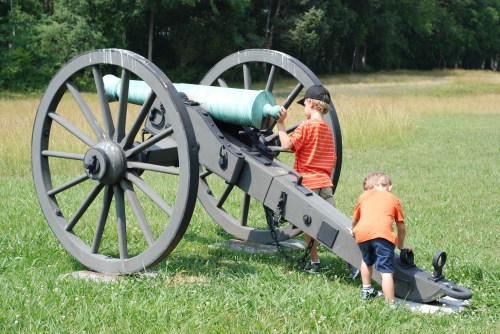 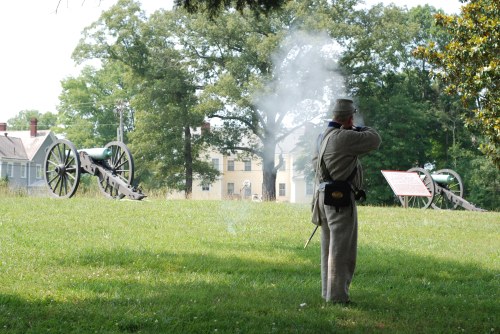 After a long day, we decided to pick up a few frozen pizzas and head back to the house for a little fun.